When I look at the number of incredible performances in recent years including Frodo's domination in Kona or his incredible 2018 70.3 World Championship win, I started to wonder what as a spectator do I want to see?

One of the first stories you hear when you enter this sport is the Iron War. The epic 1989 Kona battle between Dave Scott and Mark Allen. They had been facing off for years and finally Mark Allen was able to beat the man who had bested him so many times before. It is the stuff of triathlon legend. Fast-forward to 2010 and we have the closest race since 1989 between Andreas Raelert and Chris McCormack. There is even video footage of Macca exclaiming “Its like Iron War!”  These are the stories we learn about as we become more involved in the sport, the stuff of legend. A battle between two people that is not short but last for 8 hours in some of the toughest conditions on the planet.

There are the other stories we know, the great rivalries of triathlon. Macca and Crowie, Brownlee and Gomez, Rinny and Chrissie, Allen and Scott. These rivalries often split the fans of the sport. Most triathletes will have taken a side for no particular reason other than they maybe started to follow a particular pro first. I for one really got into triathlon after I read Macca’s book. While I really like Crowie as well I would still like to see Macca beat him in a race. This isn’t a bad thing though. This is the closest thing triathlon has to the fanfare of many team sports. In football (whether a round ball or oval) you have a team and you want them to beat the other teams. So to have the fans picking sides is only natural. But imagine if the 2010 battle between Macca and Raelert was in fact between Macca and Crowie. While I know the two have raced each other a number of times I feel like we never got to see a real battle between them. Perhaps this is the reason why the 89 race between Scott and Allen is considered the benchmark.

Dave Scott and Mark Allen had faced off against each other 6 times before the Iron War. Allen was dominating races around the world but couldn’t beat Dave Scott in Hawaii. Then in 1989 Allen was finally able to beat Scott and the race is considered the greatest race in the history of the sport. They gave us both the long-standing war between the two of them with the great final battle. In other words they gave us both the battle and the war.

Macca is considered one of the most controversial characters in the sport and he has had his share of wars between athletes. He recounts his issues with Normann Staddler and Faris Al-Sultan in his book “I’m Here To Win” and of course his rivalry with Crowie is well known. However his greatest performance is often considered the 2010 Iron Man. I believe this is because the race was a true battle between Raelert and Macca. So it would seem that the most remembered races are those great battles.

Lets move it to more recent times. Last years women’s race in Kona was more exciting than any in recent memory because it turned into a battle. Not even for first place in the end but between Sarah Crowley and Lucy Charles-Barclay for the second position on the podium. In the men’s race we saw a Frodeno masterclass, arguably the most perfect Ironman performance ever, but I still held out hope to see Lange and Frodeno duke it out.

Instead we saw the field destroyed by the definition of a professional athlete with the most controversial moment of the day happening when Brownlee bumped into Frodo post-race. My spider-senses tingled, is this the start of a rivalry?

I am obsessed with the 2018 70.3 World Championship. It was a battle between three athletes who have raced each other for years (admittidely mostly at short course). Three of the greatest triathletes of history absolutely leaving it all out there. The moment when Gomez started walking was just about the most exiciting thing I have seen watching an IM branded event. Frodeno literally pushed so hard to win that he got injured and had to miss Kona later that year. It was a true triathlon slugfest and I loved every second of it.

Unfortunately, in the world of long course triathlon, it is all about one race. This means that no matter how good a field, or how strong a rivalry, we will only see the true battle of the best in Kona.

This year we are going to see one of the most exciting pro races at Kona in both the male and female races. With Brownlee and Gomez already securing their spot and the improvements we have seen Wurf make, it could be a truly epic race. With Ryf falterring last year other female athleted might approach this race truly believing that they can bear her. It changes the dynamic of the race entirely.

But let's get hypothetical, imagine we see Frodeno beat Brownlee but this time he comes second, then next year it happens again. After three or four years of this we see the two of them in an epic showdown where Brownlee finally bests Frodeno. Would that be a more dramatic event? Would it be a race to rival the status of the Iron War? Would it become the Iron War for a new generation of triathlon fans? Who knows? What I do know is that these rivalries are what make the sport exciting. I mean, imagine if Lange had been running shoulder to shoulder with Frodo last year at the 40km mark in Kona!

I don’t think it matters necessarily if they are friends or not friends when not racing. I just want to see faster, close races between the biggest names in our sport. Characters like these who are able to perform at such a high level on triathlons biggest stage might be what is needed. Not just to help keep existing fans interested, but to also help long course triathlon win the battle of becoming a mainstream, popular sport something that not only athletes follow but people enjoy watching in front of their television. We all wish we had more time to train. It seems to be one of the biggest issue that age group athletes face, finding the time to fit their training in with the demands of work and family. So how do different people manage to do it? 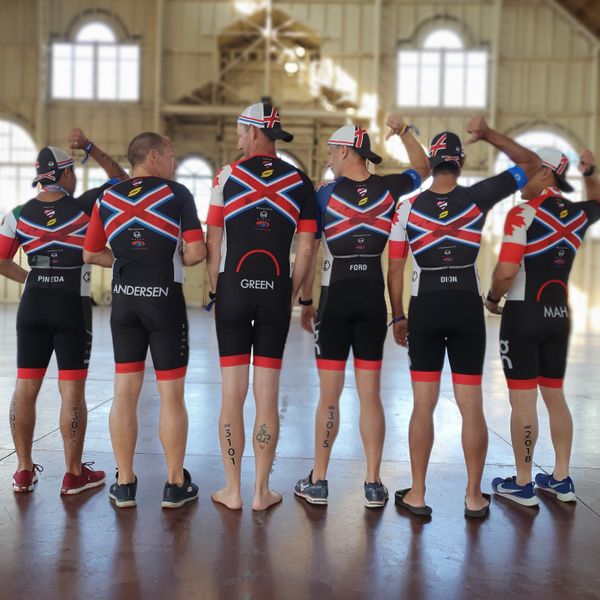 Training for a triathlon takes up a large portion of time and requires the athlete to perform a calculated juggle to squeeze training in with work and family time.